One of the basic needs of all human beings, is need to have children. Unfortunately 15% of couples conception does not occur. Infertility is not merely a physical condition, it is an emotional and social condition as well, carrying with it intense feelings of anger, frustration, isolation depression and grief. 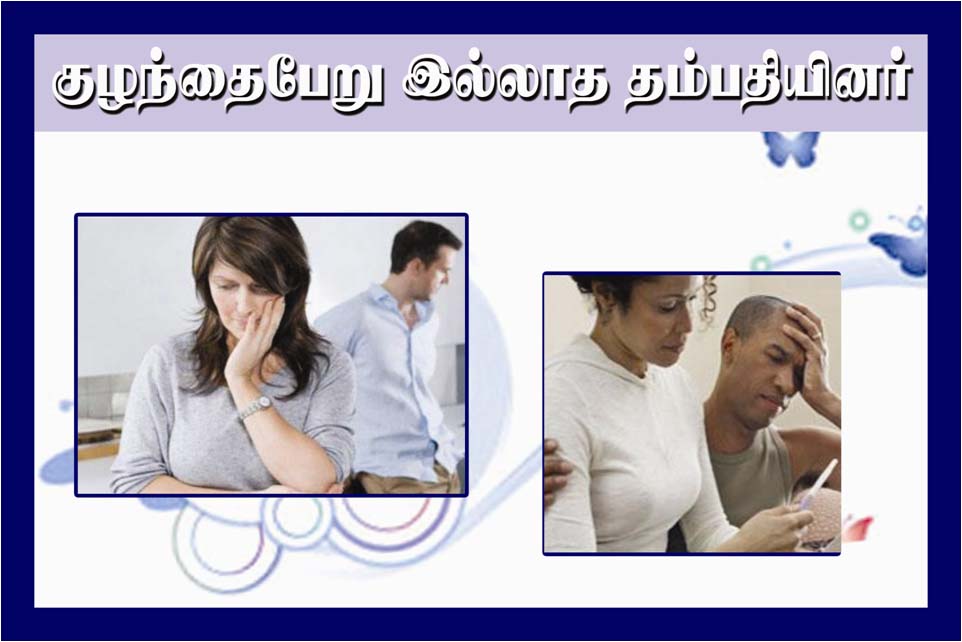 Though the cause of male infertility is often unidentified, there are a few problems that have been indicated as potential causes. Problems related to sperm production, the anatomy or structure of the man’s reproductive organs and the man’s immune system can all be factors in male infertility.

Genetic defects, infection, testicular trauma, hormonal imbalance or exposure to radiation and certain medications are all causes of sperm production disorders. Infertility can occur when there is a low sperm count, or problems with the motility (movement) or morphology (appearance or shape) of the sperm. Sperm that have poor motility often are not able to reach the egg and, therefore, fertilization does not occur. Abnormal sperm are sometimes unable to penetrate and fertilize the egg. Sperm DNA damage may interfere with conception as well as lead to a greater risk of miscarriage.

Any structural or anatomical problems that block the path that sperm must travel to eventually reach the egg for fertilization can cause male infertility. Infertility related to structural and anatomical problems in the male anatomy may be caused by scar tissue, varicose veins or infection or, in some cases, the problems exist from birth.

In some cases, men have immune system disorders which cause their bodies to develop antibodies to their own sperm, which attack and weaken the sperm. The antibodies can also attach to the sperm surface and interfere with their movement or ability to fertilize the egg.

The largest component for the primary evaluation of the infertile couple remains focused on the woman. In part, this is because of two considerations. The first and primary consideration is that, initially, the woman typically pursues this issue on her own, with her gynecologist. Second, if a couple does present for evaluation, the female factor still dominates evaluation, as infertility has historically been considered principally a female problem. This is exacerbated in cases in which semen parameters are normal. 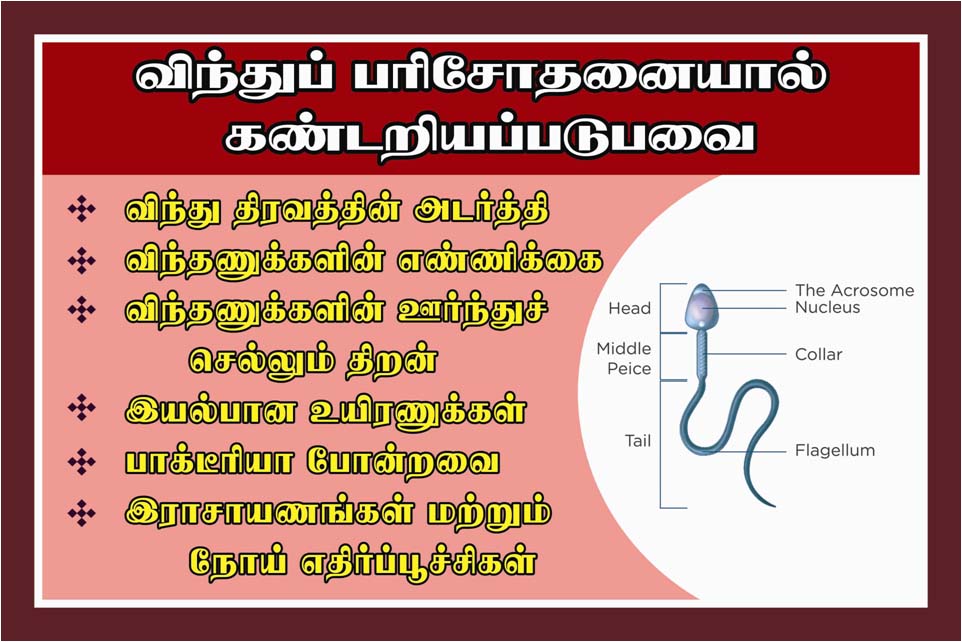 Approaches to the evaluation of the infertile couple differ from practitioner to practitioner. However, there are certain basic, generally accepted components for evaluating each member of the couple. The following will provide a brief overview; other resources can be consulted for a comprehensive discussion (Penzias, 2000; Brugh et al, 2002). The initial evaluation of the woman begins with a thorough medical history and a physicalexamination that focuses on physiological function, since ovulatory dysfunction and tubal/pelvic pathology each contribute to approximately 40% of infertility cases, while unusual and unexplained problems each contribute to about 10% of infertility cases (Speroff et al, 1999).

A basic medical history will help elicit any preexisting medical conditions that may affect infertility. The couple’s coital habits should be discussed as well as whether prior sexually transmitted diseases are a factor. The history should also be evaluated for pelvic inflammatory disease and abdominal surgeries, since both may cause adhesion formation that can affect tubal patency Information that is obtained from the patient’s medical history is assessed in conjunction with her menstrual history. Women who are having regular cycles tend to ovulate, reducing the likelihood that they will be diagnosed with anovulation or oligo-ovulation. However, if either diagnosis is correct, it is important to determine the cause. For example, polycystic ovarian syndrome contributes to the majority of anovulation cases (ie, approximately70%), whereas hyperprolactinemia, hypothalamic dysfunction, premature ovarian failure, and extremes of body weight contribute to the remaining 30%. Ovulation function can be assessed by monitoring the surges in luteinizing hormone with ovulation predictors and by checking the basal body temperature and serum progesterone concentration. The initial physical examination may show undiagnosed anatomic abnormalities that preclude pregnancy, or it may yield clues to the underlying pathology (eg, endometriosis). The preliminary examination may disclose endocrine disorders such as hirsutism or profound thyroid dysfunction. The levels of follicle-stimulating hormone, serum androgen, and prolactin may also be assessed, and glucose screening may be required to exclude any undiagnosed medical condition(s).

Up to this point, the basic workup is relatively inexpensive and noninvasive. The male partner is then asked to submit a semen sample for analysis. If the semen analysis fulfills the normal criteria as described below, male factor issues are generally excluded from the differential diagnosis. In these cases of unexplained female infertility, a karyotype analysis may be necessary to exclude undiagnosed chromosomal abnormalities. If a diagnosis is still not forthcoming, women may elect to undergo further evaluation that usually includes more costly and invasive techniques.

The next step in evaluating the woman is to perform an evaluation of the uterine cavity and tubes, either by sonohysterography or hysterosalpingography. Although the former is less invasive, both procedures cause minimal discomfort. Neither is without risk. Endometrial sampling by biopsy to detect luteal phase defects has traditionally been considered part of the evaluation for infertility. The appropriateness of this test has recently been questioned (Coutifaris, 2002>) even though this office procedure causes minimal discomfort and carries minimal risk. If the evidence gathered thus far is indicative of normal ovulation and suggests tubal patency, pregnancy can be attempted, or further evaluations for tuboperitoneal disease can be conducted. These may include hysteroscopy and laparoscopy. Hysteroscopy can detect intrauterine pathology such as polyps, fibroids, or an abnormal cavity, whereas laparoscopy can detect peritoneal disease. Both procedures are typically carried out in an outpatient setting, are costly, and have defined surgical risks. If no female abnormalities are identified using this battery of tests and if the semen analysis is normal, the couple is diagnosed with unexplained infertility. This is the case in approximately 10%-15% of infertile couples.

Given that male factor issues are causative in approximately 20% of infertile couples and contributory in up to another 30%-40%, a thorough assessment of the male partner is essential but nevertheless often overlooked.

Male fertility assessment begins with a thorough medical history as well as a physical examination that focuses on any historical causes of infertility. The medical history should be checked for peripubertal mumps, which cause sterility in 15% of affected and a unilaterally/bilaterally undescended testis, which, in 30%-80% of individuals, yields abnormal semen parameters. Any chronic medical conditions that could alter fertility, such as diabetes or pulmonary disease, should be explored. Exposure to chemotherapeutic agents or radiation therapy due to malignancy may also contribute to male factor infertility. Medications and exposure to environmental agents as well as a history of pelvic, spinal cord, or direct groin trauma may also affect fertility. A couple’s coital habits, including the use of lubricants known to be spermatotoxic should also be explored.

The physical examination should focus on generalized evidence of endocrine disorders including immature secondary sex characteristics and other evidence of hypogonadism. Penile or testicular abnormalities are then considered. For example, testicular atrophy can be assumed by noting smaller than normal testicles. Signs of varicocele, the most common identifiable anatomic cause of male factor infertility, should be excluded. Palpation of the scrotum may identify congenital absence of the vas deferens. Anatomic investigation can be further delineated using imaging techniques such as transrectal ultrasound to detect ejaculatory duct obstruction, The presumptive diagnosis offered by the physical examination dictates the utility of additional imaging techniques.

The laboratory investigation of the man begins with the semen analysis. If the analysis meets WHO criteria for “normal,” the male factor is typically excluded as the cause of the couple’s infertility. If the analysis is suboptimal, then repeat analyses are performed and, if confirmed, the man is usually referred for urologic evaluation. The urologic assessment involves a complete medical history and a physical examination in another attempt to identify any previous injuries or exposures that may have altered sperm production. Physical examination findings consistent with anatomic defects or varicocele may help delineate male factor issues. Spermatozoa function is further assessed using a battery of tests. These include the hypo-osmotic swelling test, sperm capacitation assays, the postcoital test, the acrosome reaction assay, the sperm penetration assay, and the reactive oxygen species assay. Evaluation of gonadotropins, testosterone, estrogen, prolactin, and, occasionally, thyroid function may be warranted since endocrine disorders may contribute to male factor infertility in approximately 20% of the cases.

Genetic evaluation of the infertile man often depends on the findings of the physical examination and semen analysis. For example, men with congenital absence of the vas deferens should be tested for mutations in the cystic fibrosis CFTR gene. 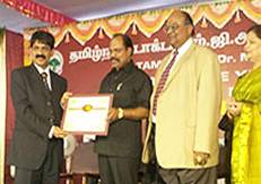